Try it now
Book a demo

Regulatory compliance and verification, are key in sanctions against Russia 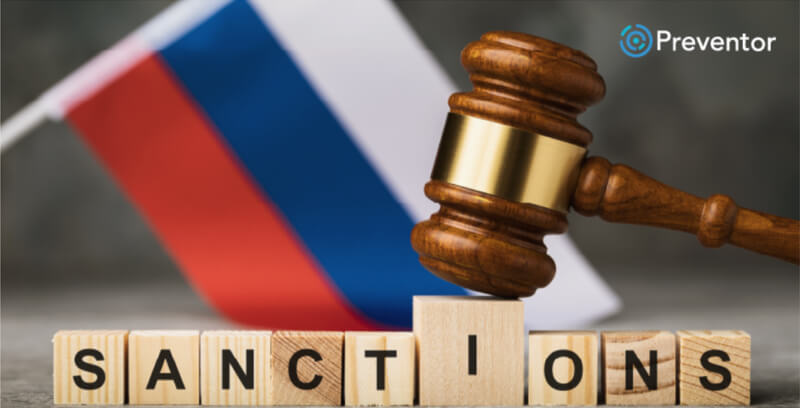 Regulatory compliance, the verification of identity and global traceability of transactions are key to the development of effective Know Your Customer (KYC) and Anti-Money Laundering (AML) policies for organizations in the midst of increasing challenges due to the wave of sanctions that have fallen against Russia over the invasion of Ukraine.

Regulatory compliance, the verification of identity and global traceability of transactions are key to the development of effective Know Your Customer (KYC) and Anti-Money Laundering (AML) policies for organizations in the midst of increasing challenges due to the wave of sanctions that have fallen against Russia over the invasion of Ukraine.

This wave of sanctions against Russia, including that country's lockout of the global SWIFT financial system, are challenging companies around the world to keep a close eye on changing regulations, as well as be committed to adopting an effective sanctions detection system and clear anti-money laundering (AML) policies, as analyzed by Preventor, a firm specializing in this field.

Preventor partners with Dow Jones, a leading information provider, to track both individuals and companies with the AML Risk Screening product, which takes into account everything from OFAC listings to global sanctions, politically exposed persons (PEPs), adverse publicity and related negative news for a broader perspective of analysis.

This product, AML Risk Screening, integrates with other biometrics and KYC services in order to offer a verification as complete as necessary in times of sanctions against Russia, so this of course includes all the lists of measures that have been taken in recent times against that country.

In the current scenario, it is not enough just to know the names of the people and companies that are subject to these sanctions, since specialists in the field have warned about the importance of monitoring the possible indirect risks of dealing with some of these firms' partners or suppliers, which requires adopting a proactive strategy based on prevention.

This given that the lists of sanctions may vary depending on the jurisdiction of each territory, taking into account that from the European Union to the U.S. have issued their own sanctions packages against Russia.

According to figures from the Statista portal, as of the end of February, "680 people and 53 entities associated with the war between Russia and Ukraine" had been sanctioned. The graph of this portal shows how these sanctions have evolved since September last year until February.

In fact, it is estimated that more than 30 countries in the world have issued some restrictive measures against Russia in the midst of the war in Ukraine, seeking to force a peaceful resolution to the conflict. In the case of the U.S., these measures seek to "weaken Russia's defense sector and its military power for years to come, target Russia's most important sources of wealth, and ban Russian airlines from U.S. airspace," as communicated by the Administration.

A wave of sanctions

In the midst of the war, the European Union excluded seven Russian banks from the SWIFT system, while the U.S. reported sanctions against five Russian financial institutions and several business personalities close to the Kremlin.

Just a few days ago, the US Secretary of the Treasury, Janet Yellen, commented that as part of these measures, restrictions have already been imposed on 80% of the assets of Russian financial entities, aimed at isolating that economy.

In the current circumstances, Preventor urges organizations to strengthen their know-your-customer (KYC) strategies in order to comply with current requirements and to carry out the corresponding checks on politically exposed persons (PEPs) who may also be subject to blocking.

Keeping up to date and adopting the right technology tools, including process automation with artificial intelligence, can be key to achieving compliance objectives in a changing regulatory environment where organizations cannot afford to skimp in the face of the millions of dollars in fines to which they are exposed.

This scenario poses enormous challenges for companies in all fields, particularly those in the financial sector, due to the high volume of transactions they conduct with this market and the disruption of various contracts that were in place before the war.

To overcome these challenges, companies such as Preventor are now adopting artificial intelligence tools that enable firms in sectors such as finance to verify customer information from different perspectives.

And if necessary, it sends for manual review those cases that are considered riskier, using tools ranging from the biometric solutions to the authentication of global documentation.

As Preventor explains, in today's market, companies are vulnerable to multiple fraud strategies that may involve, for example, trying to hide identity through shell companies and tax havens.

In the face of this, regulators are constantly evaluating, so that failures in the incorporation of these malicious clients could mean a hard blow not only for the finances of organizations, but mainly for their reputation.

Thus, in the face of increasingly evolved techniques to facilitate crimes such as money laundering or bribery, Preventor points to tools that not only allow companies to verify the identity of customers, but also to anticipate risks in order to ensure effective regulatory compliance.
‍

A guide for compliance

By the way, in 2019 the Office of Foreign Assets Control (OFAC), an agency under the U.S. Department of the Treasury, issued instructions to strengthen sanctions compliance practices in organizations and released a framework that includes the main points to consider.

In this document, the agency urges organizations to "employ a risk-based approach" by "developing, implementing and regularly updating a sanctions compliance program".  Since then, it has recommended that these programs, which may vary from organization to organization, should incorporate essential elements such as management commitment, risk assessment, internal controls, testing and audits, and training, according to the OFAC document.

Thus, complying with the current sanctions list implies that organizations must constantly and, above all, exhaustively monitor the sanctioned firms and individuals, as well as the links they may have with other companies with which they are likely to be doing business. But beyond that, it implies a commitment from the management of companies to move forward on the right path of compliance with sound KYC policies, which implies decisive investments in pioneering technologies in order to guarantee the security and consultancy with the leaders in the development of these solutions in the market.

Subscribe to our newsletter
Thank you! Your submission has been received!
Oops! Something went wrong while submitting the form. 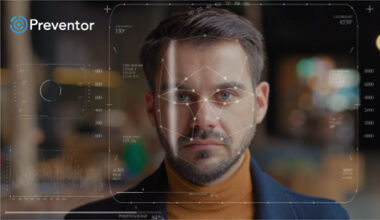 Client onboarding: the next frontier in the fight against digital fraud

With millions of transactions taking place every day online, the rise of e-commerce and digital and no-contact payments is driving companies to strengthen their anti-fraud strategies in the face of advanced latent threats, which leave heavy losses and huge reputational cracks. 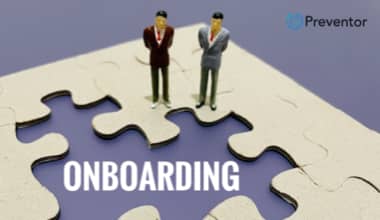 Why digital consumer expectations are demanding a new approach to onboarding

Companies in sectors such as banking, telecommunications or the insurance industry with high customer onboarding volumes are challenged to move from obsolete and time-consuming physical processes, many of which made them lose ground to their competitors, to investing in technology in order to catch up with the pace of digitization and the current demands of customer experience.